History is awash with stories of young couples deeply in love with one another. Looking to take their relationship to the next level, you often hear of lovers proposing marriage to their significant other in all manner of scenarios; from the romantic gesture of getting down on one knee to something completely off the wall like showing your other half a wedding ring in the middle of a skydive – you name it, someone has probably already done it! 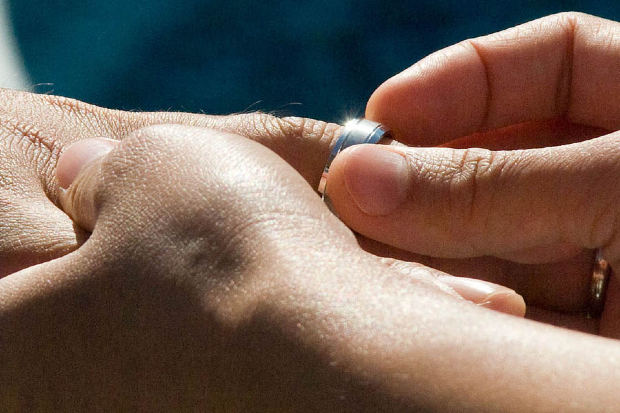 Check out these 5 remarkable marriage proposals!

Train journeys are typically pretty boring: you get on a train, you sit (or stand) for the journey, and then you get off at your destination. But passengers on the 19:57 London Overground service to Watford Junction were in for a different sort of journey.

Adam King organised his choir, the Adam Street Singers, to perform an acoustic rendition of the Bill Withers classic “Lovely Day”. He then got down on one knee and proposed to his girlfriend, Lucy Rogers!

Ryan Thompson and his girlfriend Carlie are happily flying their small two-seater plane when the plane seemingly descends as it looks like the pilot loses control of the plane mid-flight. Terror is turned into surprise however, as Carlie reads a fake emergency procedure manual where Ryan declares his undying love for her and his determination to be a good husband to her.

He then presents her with a ring, and the plane is then righted again. She said “yes” to him by the way!

People proposing to each other over the Internet is nothing new, but the way this unnamed chap does it is brilliant! Filmed and edited on his Motorola Z10 mobile phone, the scene is set on a rooftop somewhere and he enlists the helps of many people and children using lots of different lo-fi props.

The video is only about a minute and a half long, but once you watch it you will have to admit it is pretty awesome – it will even strike a chord with the non-soppy folks out there too!

Filmed at the National Marine Aquarium in Plymouth, this marriage proposal has got to be up there as one of the best! The young couple in this video are Dave Stevens and his girlfriend Nicola from Farnborough, Hants.

Apparently the couple visit the south-west of England for a holiday each year, and so Dave thought of the novel idea of getting some scuba divers inside one of the tanks to hold up a placard with “Nicola, will you marry me?” written on it!

5. In the middle of Bournemouth

The KSA Academy of Performing Arts, in association with Bing (the search engine) organised this street flashmob in Bournemouth for Andrew, who after a rendition of Soldier by Gavin DeGraw, proposed to his girlfriend Katie. Even Katie’s mum and sister were in on the act too. At this point Katie suspected something like this was happening but did well to stick with what was going on!