I’m sure we have all dreamed about what we would buy if we were lucky enough to win millions of pounds. The usual ideas of a new home, flash car and holiday cruising around the world are likely to be somewhere near the top of your list. 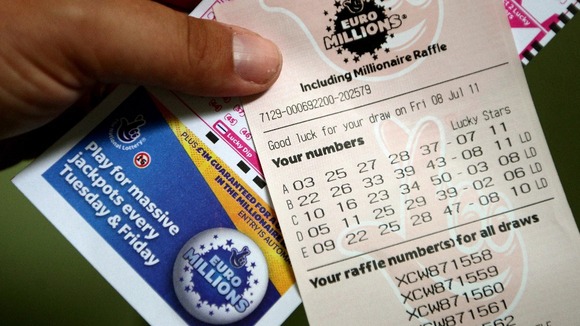 But what about thinking outside of the box and investing in something a little more extravagant? Instead of a top of the range sports car, I’m envisaging more along the lines of a vintage, limited edition Ferrari or a movie classic which will amaze friends and family when you open up the garage door.

In January this year the original Batmobile was sold at a US auction for $4.2 million (£2.6 million) to the owner of a logistics company. The black car, whose design is based on a 1955 Lincoln Futura, was used by Adam West when the TV series first aired back in 1966.

It is one of the most iconic vehicles ever seen on the small or big screen and was originally bought for just $1 back in 1965 before car-customiser George Barris spent $15,000 to transform it into something fit for a superhero and his accomplice Robin.

Today Apple is known for its fancy touchscreen iPhones, iPad tablets and Macbook desktop computers which have helped it to become one of the most fashionable companies in the world. However, it all began in a much more basic way in the shape of the Apple 1.

Hand-built by co-founder Steve Wozniak, the machine was the first home computer to work with a keyboard and screen. With only 200 of them ever built, it is no surprise that this piece of technology history fetched around £320,000 at an auction in Cologne, Germany.

It is reported that only 44 are known to exist around the world – although you might not want one for its computing power as the 1976 device has a tiny 8kb memory and a MOS Technology 6502 processor.

Princess Diana’s death stunned the world when the news broke on the morning of August 31st 1997 and she will be remembered as an inspirational figure in every corner of the globe. Earlier in March admirers of the princess were given the chance to own their little bit of royal history when a dress she wore to dance with John Travolta at a White House state dinner was put up for auction.

It fetched an impressive £240,000, with an anonymous bidder stumping up the cash who said that he wanted to try and surprise his wife.

Fly me to the moon

It has been 44 years since Neil Armstrong became the first human being to step onto the surface of the moon. Since then it’s fair to say that not a lot has happened in terms of space travel, but all that could be about to change thanks to Sir Richard Branson.

He has set up Virgin Galactic which could set off on its first sub-orbital flight this year, while he also hopes that the company could provide space holidays in the future. No doubt the adventure would not be cheap, but as far as once-in-a-lifetime opportunities go, this is out of this world.

While many of us would have dreamed about playing for our favourite football team when we were young, it is only the very fortunate who will be successful. However, with a bit of spare cash you could find yourself buying your very own club and attempting to steer them into the Premier League or to European glory.

Leeds United were recently bought for a reported sum of £52 million – giving you plenty of change if you were lucky enough to win the recent £80 EuroMillions superdraw. League One side Crawley Town have been put up for sale by their owners if you fancy taking a side from the lower leagues, while troubled Birmingham City are also looking for new buyers to move in at St Andrew’s.

Want to win big for the purchase of your dreams? Try your luck with LottoByText