Five Things to Know About the 2014 Housing Market 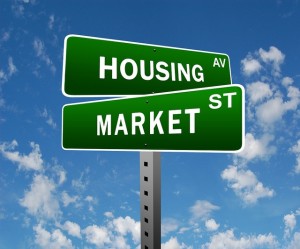 Home buying was once considered an unassailable investment. That began to change about seven years ago, and by 2010 approximately 25 percent of all homeowners in the United States owed more on their mortgage than their home was worth. The percentage of underwater homeowners peaked at just over 31 percent in the first quarter of 2012.

Recovery is Slow and Uncertain

As we enter 2014, there are still about 10.8 million households that owe more on their mortgage than their home is currently worth. Home prices are expected to rise at a slower rate during 2014 than they did in 2013. According to Clear Capital, a real estate analysis provider, REOs and short sells accounted for about 21 percent of home sales the second quarter of 2013. Distressed property sales had reached a peak of 41 percent of the market in 2011.

Fewer distressed properties on the market means investors make up a smaller percentage of buyers. Many homeowners that were underwater on their mortgage are going to wait for higher home prices before putting their homes up for sale. New home starts came to a halt during the housing market crash. There were just 39,000 ready-to-occupy new construction homes in the market as of April of 2013. That is the lowest level of new construction in the market ever. Though new home construction is expected to increase throughout 2014, rising interest rates and new lending guidelines are expected to keep new home starts at a slow pace. Despite this slow pace homes will still be built to meet the demands of the market. There will be a need for different construction companies from all over, for instance, a Boulder construction company like Canyons Construction may be used to help with demands, as will other available companies.

It is still a bit uncertain how the new lending guidelines taking effect in January of 2014 are going to affect the housing market. The purpose of the Consumer Financial Protection Bureau is to protect home buyers from predatory lending and the type of home loans that contributed to the real estate market collapse.

Some people feel the CFPB limits consumer options and will be detrimental to the mortgage industry. CFPB director Richard Cordray recently assured the Senate Finance Committee that he is not expecting perfect compliance when the new mortgage lending and servicing rules take effect. He expects firms to show they have made a “good faith effort toward compliance by that date.” There is more information at Money Tips that helps make mortgage disclosure easier for consumers to understand and allows them to make a more informed decision about their borrowing.

Some of the major markets, including New York, Miami and San Diego, have had dramatic price gains in the housing market. No one is expecting the price increases seen in 2013 to continue throughout 2014. This is good for a stable market in the long term. Unemployment numbers are still high and income levels are still not rising fast enough to sustain a lot of consumer debt.

With tighter control of available credit and monitoring of foreclosure rates, there is less chance of another total market collapse taking place with the real estate market. Consumers must carefully consider all benefits and expenses of home ownership when deciding to rent or buy.