How wearables are redefining banking

It should come as no surprise that brick-and-mortar banking is on the decline, thanks to the convenience of online banking. We hardly have to physically visit a branch anymore, except perhaps if there is a problem or if we want to open a savings account. Everything that we used to loathe about banks – especially how we used to queue all throughout our lunch break just to deposit a cheque – has been deemed virtually obsolete by the online banking revolution. We check our balances, transfer money and receive monthly statements electronically – and it looks like things will get even easier for us. With the widespread popularity of the smartwatch, banking will soon be something to wear.

The new face of banking

Despite the availability of many smartwatch models for several years now, the release of Apple Watch has really ignited consumer interest in wearables. ‘Wearables are going to be part of the future of banking, and not too long from now,’ says Clayton Locke, CTO of Intelligent Environments, in an article on WT VOX. He goes on to say that ‘it’s about making banking and payments more convenient for the user.’ It seems more appropriate to say that wearables are a part of the ‘present’ of banking – a study by Javelin Strategy & Research released in April found that wearable owners are younger, wealthier and more active with digital banking compared to owners of smartphones or tablets.

A few banks are already catching on to this trend by developing wearable-friendly apps. Royal Bank of Canada teamed up with Toronto-based tech developer Bionym to create Nymi, the wristband that identifies its owner through their heartbeat and allows them to make wearable payments to their credit card, among many other functions.

Another bank to jump on the wearable bandwagon is Nationwide, who announced earlier this month that Nationwide customers will be able to use their credit and debit cards with Apple Pay.

What about online banking?

With the popularity of mobiles and wearables, it’s easy to assume that online banking is on the decline, but as Gellért Vinnai, Product Manager at Misys Financial Software writes in a recent article: ‘Online usage penetration still surpasses Mobile on all continents and it is still growing.’ He cites areas like user experience, digital sales, customer awareness and personal finance management as hot topics in the banking world, and where banks should focus their attention if they want to succeed in the modern climate. Wearable banking is still a relatively new phenomenon, so it will take some time for it to become fully integrated into society. But if the wearable trend is any indication, it won’t take long before we’re able to completely manage our finances from our wrist 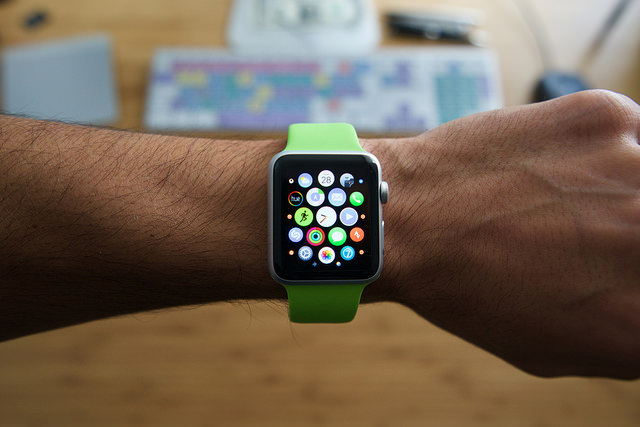