In a Shaky Jobs Market, Redundancy Remains a Constant Fear for Many

As the old Disney song would have it, it really is a small world after all – a point that was illustrated once again when disappointing US jobs data for April 2016 shook the London markets. The Financial Times Stock Exchange (FTSE) 100 plummeted to an eight-week low when it was revealed that the US economy added just 160,000 jobs in April, which was 40,000 fewer than expected. This was seen as a further sign of a slowdown, and the ripple was heard not just in London but all over the globe as well. 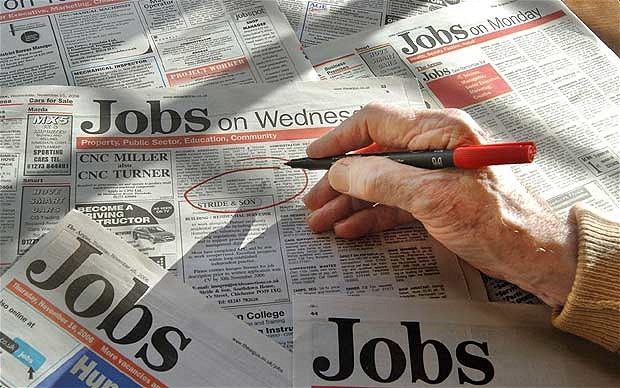 Here in the UK we have our own jobs market woes. A survey released in early May indicates that concerns about the EU referendum in June, rising labour costs and the slowdown of the Chinese economy have brought UK business confidence to a four-year low. And that isn’t very good news, either for the many of the currently employed or for job seekers.

The survey in question, involving 1,000 chartered accountants, was conducted by their professional organisation, the Institute of Chartered Accountants in England and Wales (ICAEW). ICAEW chief executive Michael Izza said, “Businesses cannot plan with confidence and this applies regardless of sector, ownership or size of company. Weakening growth will also mean lower tax receipts for the chancellor, making it even harder for him to meet his deficit goal.” As well, the poll found that employment was expected to slow throughout 2016 and that salaries were predicted to rise only by 2% over the next year.

Of course this is only one study, and a limited one at that, but the poll results were congruent with other recent surveys indicating a drop in both consumer and business confidence as the referendum approaches. The jobs search website Adzuna released figures showing that salaries listed in job adverts had pretty much flatlined in March, with political uncertainty appearing to be a factor in employers’ caution. And in all regions except Northern Ireland, advertised salaries fell year-on-year in March. Adzuna’s co-founder Doug Monro noted that it is a turbulent time for the job market, with unemployment climbing.

Some people may protest that the situation isn’t as dire as it seems. They might point, for example, to the Government’s ONS (Office for National Statistics) unemployment reports. The report released on 20 April 2016 revealed that the UK unemployment rate for the period of December 2015 through February 2016, for those aged 16 and over, was 5.1% – which is actually a record low. Like all statistics, however, these numbers only tell part of the story, and the fact remains that employers as well as workers are dealing with uncertainties about the future.

It isn’t unreasonable to speculate that the fear of job loss will remain a problem for many regardless of the outcome of the referendum. In any case surveys and studies – and unemployment stats, for that matter – are interesting but of limited use if you happen to be one of those workers who are facing redundancy. Accordingly it is wise to be prepared for the worst so you can take steps to preserve your financial health no matter what happens.

The first task is to make your employer aware of your value to him or her. Don’t be afraid to step outside of your comfort zone and perform tasks even if they’re not in your original job description. Demonstrate your versatility. And don’t be so attached to your position that you don’t explore other positions. Furthermore, if you are in a position to do so, then be prepared to plead your case. If you are in a senior position, there is no harm in saying to your boss: “I think you should get help before you make redundancies“. There are some wonderful redundancy resources out there for employers that are well worth considering. Then again, perhaps sometimes it is time for a career change, or a chance to make lemonade out of the proverbial lemon so to speak.

As you’re rethinking your career path, explore all of your options for alternative income, be it from a part-time job or jobs, freelancing, or even getting rid of some of your old stuff on Internet auction sites. Be creative and think outside the box. And when all else fails, explore financing options such as a short-term loan.

Know your rights and don’t be ruled by fear

Though redundancy is sometimes expected, there are times that it can take one completely by surprise. Regardless of circumstances it is crucial for workers to know their rights. It may seem that the employer holds all of the cards, but workers may be entitled to accommodations for a number of inappropriate redundancy practices, such as being unfairly singled out.

Regardless of the outcome of the EU referendum, and no matter what the US or China economies do, one point is certain: we live in “interesting times” where change is the only constant. Don’t let yourself be ruled by fear of redundancy, Brexit or anything else. Instead focus on mapping out strategies for your own financial survival, even if you have to reassess that strategy from time to time.