The changing face of bingo

Online bingo is booming, there’s no doubt about that. The game that at one stage looked to be becoming a bit of an anachronism is now one of the coolest games around since it became available to play online.

The traditional game had always been played as a community game and was often used as a fundraiser. In fact, it’s usefulness for fundraising events was the reason that it really took off in 1930s America when the founder of the modern game of bingo, Edwin Lowe, allowed churches and other organisations to use his game for fundraising provided that they paid him an annual fee of $1 for the privilege of hosting bingo games. Of course, commercial bingo halls followed and bingo’s popularity exploded during the second half of the twentieth century. 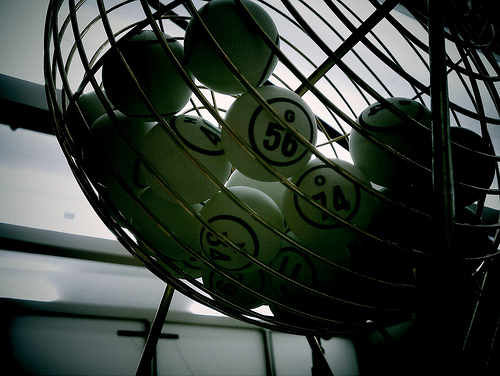 But during the nineties and the early 2000s, more and more bingo halls began to close and with the smoking ban, even more went out of business. So, the transition to online is really what has given the game of bingo a new lease of life.

The game itself is largely unchanged – you still have 75 and 90 ball bingo (the most popular versions played in the States and in the UK, respectively), but there are lots of different variations including Speed Bingo, where the games move through a lot more quickly, and 80 ball bingo.

And to cater to those people who wanted to play bingo for free, there are now plenty of places online to do this. Not only can you play for free for fun on sites like Facebook, but you can also play for free for real cash prizes on many of the main bingo sites. Free games appear on the schedules alongside and around regular paid-for games, and you can always find a game somewhere where you can play bingo for nothing.

So, why is bingo so popular? Is it the fact that you can play for free, or pay very little and still stand to win huge jackpot prizes? That’s probably part of it, but there are other reasons too. It’s a really simple game to play and that is the appeal for many people. It’s not one that requires strategy and planning to win – that’s down to chance as you simply choose a card for a game and then the numbers called are chosen at random by a random number generator, so there’s no way to influence a win. But you can also enjoy the company of others while you play, in the bingo site chat rooms.

Chat rooms are great for watching the game with other players, as you can see how you’re doing and find out if anyone else is close to a win. You can celebrate with others if they hit the jackpot and vice versa. It’s really even easier to socialise with online bingo than at a bingo hall, as there’s no need for quiet and concentration to mark off the numbers. It’s no wonder online bingo is so popular; the only question is where does it go from here?