Who Will Be the Victims of the Benefits Freeze?

So it seems that if the government gets their way, rises to certain working age benefits and tax credits will soon be capped. It all rests on the votes of MPs. However, who will be hit the hardest and bear the biggest brunt from the tax changes?

While normally working age benefits and tax credits are pinned to the Consumer Price Index (CPI) so that they’re raised in line with them, this could all be about to change. If Parliament votes in favour of the Welfare Benefits Uprating Bill, the majority of these benefits and tax credits will only be increased at a flat rate of 1% for the next three years. It is estimated and hoped that this move will save £1.1bn in 2014/15 and £1.9bn the following tax year. 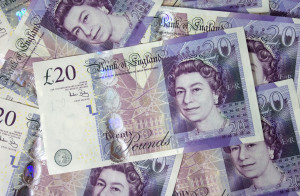 But for every gain, someone somewhere loses out. So who will be the losers if this change comes into effect?

The Unemployed and Underpaid

As the cap in increases will affect Employment and Support Allowances (ESA) and Jobseeker’s Allowances (JSA), it seems as if the unemployed and underpaid will suffer.

However, those who are unemployed or underpaid due to a having a disability or needing to care for a family member or loved one will not be affected and will see their benefits rise by the full CPI as usual.

Brits on benefits such as Statutory Sick Pay and Statutory Maternity Pay will lose out however.

The average change for poorer households will be larger than it is for those in richer households. Thus those in lower income deciles – some 30 percent of all households – will suffer from the changes.

This should not come as a surprise, as of course those more likely to receive state benefits are from poorer households.

According to the estimations experts such as IFS and RIFT Tax Specialists, 90% of workless households will be affected, which again is to be expected as workless households are more likely to be poorer households. By 2015-16 they will see their entitlements reduced by an average of approximately £215 annually.

Half of those in working-age households with someone in work will see their entitlements reduced. They will lose out on an average of around £165 annually, with a large proportion being those who will lose only from the cuts to child benefits (around £75 annually).

On the matter of those with children, it is expected that they will be more affected than those who are childless. Women are therefore most likely to be affected, as only 10 percent of single parents are men.

Overall, 29% of men are expected to be affected, in comparison to 33% of women.