3 New Entrepreneurs to Inspire Your Start Up 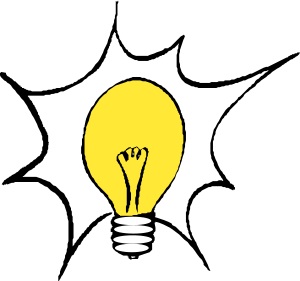 It’s a freelance, start-up revolution out  there. These days it can seem like we’re all grabbing a laptop and launching a business in our lunch hour. In the UK 2013 saw a 3.4% rise in start ups over the first two quarters, that’s over 90,000 people launching a brand new venture. With a difficult economy, and increasingly cost effective ways to get the small business ball rolling on a bootstrap, is it any wonder that we’re turning into a world of freelancers and start up business owners?

If you’re considering going solo, however, it can feel like you’re the only entrepreneur in the universe, staring over the precipice into the unknowable world of self-employment. If you’re thinking about making the jump from working for the man, to being The Man (or Woman) we’ve put together a collection of inspiring entrepreneurs both old and new to inspire you, courtesy of Everline.com. These providers of short term cashflow for businesses work with companies of all shapes and sizes, from new propositions to established organisations, so they know a thing or two about what it takes to get started and get growing…

Her start up story: Kelsey is one of very few women making big money in the construction sector in Canada. But she isn’t there by chance. Kelsey fought tooth and nail to make it to the top. In 2004 Kelsey completed her MBA and found herself launched into the outside world fresh out of business school.

She hit the ground running, with a big plan. She took on small contracts and gradually building up her crew. After just 10 years Kelsey’s company Belvedere Place Development (BPD) is attracting contracts of over $30 million, despite having three children and fighting off a rare form of cervical cancer, Kelsey Ramsden is stronger than ever and thriving in a male-dominated industry.

Her start up secret: Hard work and a strong supportive network of mentors including many “old boys” from the industry who can give her good, solid advice.

His start up story: Here is a business, wrapped in mystery, wrapped in an enigma and nobody really knows quite what’s going on. But the buzz is huge. Richard Branson and former PayPal CEO Peter Theil have both invested in Clinkle, Duplan’s piece of mysterious tech which is going to revolutionise how we perform transactions in  real life and supposedly rendering the wallet obsolete. Whether it works remains to be seen, but after winning the biggest round of funding in Silicon Valley history this is pretty impressive stuff from a 22 year old straight out of college (even if that college is Stanford…).

His start up secret: Connections, a bright idea, plenty of buzz and a certain amount of intrigue…

Her start up story: Eden had been sitting on SunSaluter for years, long before she applied to college at Princeton. After mentioning her vision for a rotating solar panel which maximises the rays of the run in her application, she was accepted to the prestigious college and soon developed a friendship with a professor who had Kenyan connections, saw the benefit of Eden’s design and provided some start up funding.

She went on to test the prototype in Kenya before realising that her dream needed a lot of work. Full pushed on regardless, winning a $100,000 scholarship and taking a year off to develop the prototype. In that year she built an entire company around the SunSaluter and today is completing her studies while managing the Rosseicollis team via email. She hopes to help 1.5 billion people with her design.

Her start up secret: Confidence, connections and the drive to push on with a great idea despite poor prototype performance.

Buzz, confidence, connections, big ideas and drive are at the heart of all of our entrepreneurs’ successes, but which traits do you think will prove pivotal for your start up? Which new entrepreneurs inspire you? We’d love to hear more about your thoughts, your plans and your inspirations. Share them below and help others to grow!